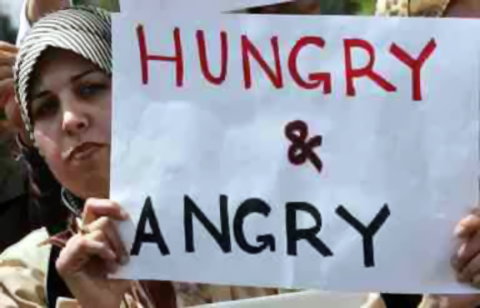 It’s been way to long since I’ve sat in front of a computer and told you all a story, or given you a recipe or ranted in your general direction. This has been for many reasons, to start off with I stuck a huge knife In my hand and severed an artery and cut all the nerves to my little finger, this wasn’t on purpose, I’m not some freaky emo just wanting to feel something to know I’m alive, as you can imagine this was not pleasant at all. You’d think this would be reason enough to not be spinning written yarns, but no this was just the tip of the fucked up iceberg that has been the last few months.

Not one to incriminate my self on such a public forum as this, but what I will say is that my life did start to parallel that of Hannibal. Now I’m speaking of the cigar smoking member of the A-TEAM, not the organ eating psycho (thought I’d best make that clear). So I found myself in a bad place that I really wasn’t meant to be in, but once again the power of food shone through like a beacon… literally whatever situation you are put in, food plays a part in it, and how good that food is can make or break your will to keep going… I have found over the years that everyone like food, they may not be able to convey their particular love for it, but deep down its there, its locked into our brains.

So I was amongst the great unwashed, the less then pleasant smelling people and word got out that I can cook…
“So you think you some sort of fucking chef do you??”
How do you reply to this? I went with …
“Pretty much, my hostile friend”
We then shared a weird moment as he tried to work out whether I was mocking him or not, he decided I wasn’t (I was ☺)

We then moved onto another very aggressive conversation involving what I could do with chicken, cheese, eggs, bacon and bread… and with the eyes of many upon me I thought it had best be something better then a sandwich. After a few moments I managed to come up with… yep you guessed it a sandwich!

But my plan was to baffle them all with my amazing bullshit and witty story telling, hoping that what I create would be held in such reverence that it would be thought of as a sandwich but more a remarkably square meal that tastes so amazing they’d speak of it only as a whisper.

I had seen some bushes outside the day before and thought I’d seen rosemary growing so I went on a mission to find something that would give my pseudo-sandwich a point of difference. I was successful with my mission and entered the kitchen with my stork like secret weapon in my pocket (rosemary not penis)

My plan was to create a “Monti Cristo” type sandwich, which is usually three layers of bread with ham, cheese and chicken dipped in egg wash and fried… I have eaten this sandwich on many room service menus all around the world, and this was part of the smoke and mirrors, I began to make up a magnificent story of “Monti Cristo”.
In this fable I proclaimed that Monti Cristo means mountain of cheese and that a famous emperor had the sandwich created to honour his favourite chicken. Amazingly I wasn’t stabbed at this point, in fact they seemed to be lapping this shit up…

I cooked off the chicken, I cooked off the bacon, I sliced the cheese and I then made an egg wash with eggs, milk and chopped rosemary.
I then assembled the sandwiches with only one layer due to the lack of bread and dipped and fried my way into history.

I was successful, the dish was a hit, and everyone was speaking of “Monti Cristo’s” for days and not once where they spoke of as chicken, bacon and cheese sandwiches.

So I survived my ordeal amongst the angry hungry folk, and even taught them a thing a two, albeit most of it was made up, but hey they will never know and I will never care.

Regardless of all of this I’m happy to be back with you all, my hand is healing well and I’m walking reasonably well considering 😉

9 responses to “I’m baaaaack… The return of Paul’s Caul!”