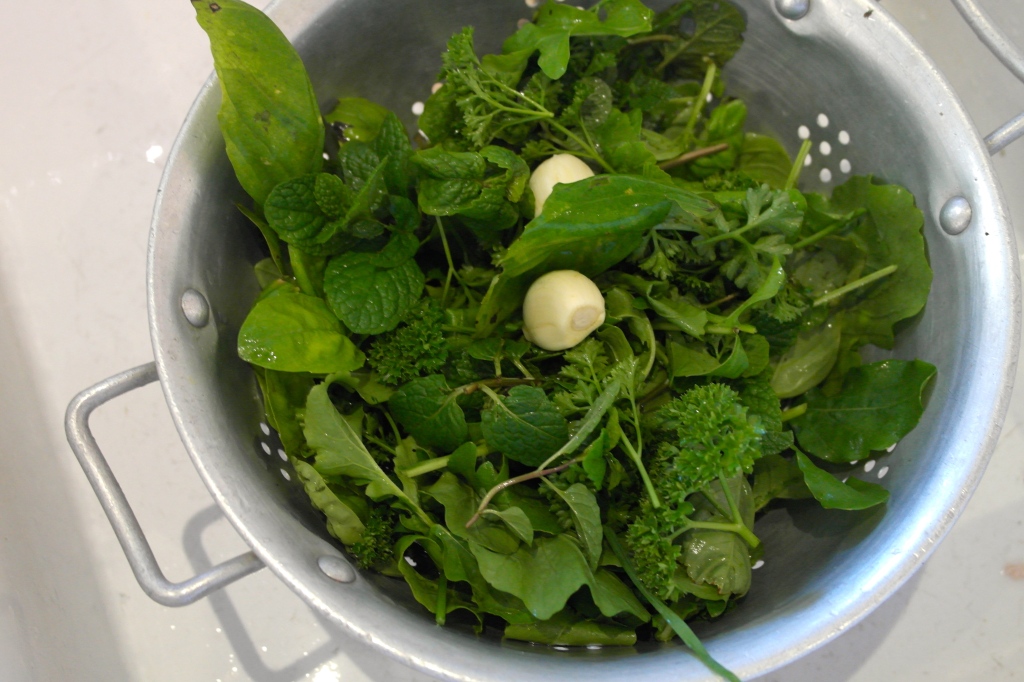 Literally translated this means green sauce. No mention of rocket science here so it kinda implies that even you’re going to be able to pull this one off! Also, with it’s literal name, the initials GS could also stand for “good shit”, as this is well and truly what salsa verde is – the good shit! On a less than interesting side note, GS is also my initials. What does that mean? Most certainly eff all I would say…

This is another one of those things that I have spoken about previously. Many times in fact, but as it was in the days when the viewing audience for this blog was literally four people and one small goat it received minimal notice and even minimal-er props. One effing like was the only respect that post received, which was just not a good enough result to make me happy. I may have let it slide at the time but really I had no choice – I had an audience of four people and a fucking goat for goodness sakes. Now I have at least double that amount of subscribers so I have decided it’s time to try again. I have blatantly pulled this little recipe from a post I wrote many, many months ago with absolutely no concern for the people that will point at me in the street and label me a slack, uncreative blahdy blahdy wah wah. Those people can lick things that aren’t an actual lollipop.

Salsa verde has more applications than the milk crate in student housing. Try these on for size;
• Sauce for the roast chicken I cooked last week, steak, pork, fish, all the meats really
• Dressing for a mixed grain, corn and kale salad
• Toss through pasta and top with parmesan for #easytastygood
• Use it to finish braised dishes like shanks or ox tail
• Spread it on grilled sour dough for herby bruschetta-y goodness
• Just put it on whatever. It’s really good

2 cups each picked parsley, mint, basil and rocket (all from the back garden like a baws)
2-3 cloves of garlic, peeled and roughly chopped
1 tablespoon capers and the vinegar they live in
1-2 anchovies, or not if you are vegetarian
¼ cup extra virgin olive oil
¼ cup light olive oil or something less fruity

• Blitz all ingredients except oil in a food processor or blender, or bash them in a mortar and pestle until they are a smooth paste
• Slowly add oil while still mixing to emulsify
• Season*
• Mmmm

*Seasoning in cooking is a biggie. It’s not one of those things you can “just not worry about”. It is quite often what separates the home kitchen from the commercial. Seasoning. Salt and pepper. Essential to heighten taste and enhance flavour. Get into the habit of checking your seasoning. Do it now!