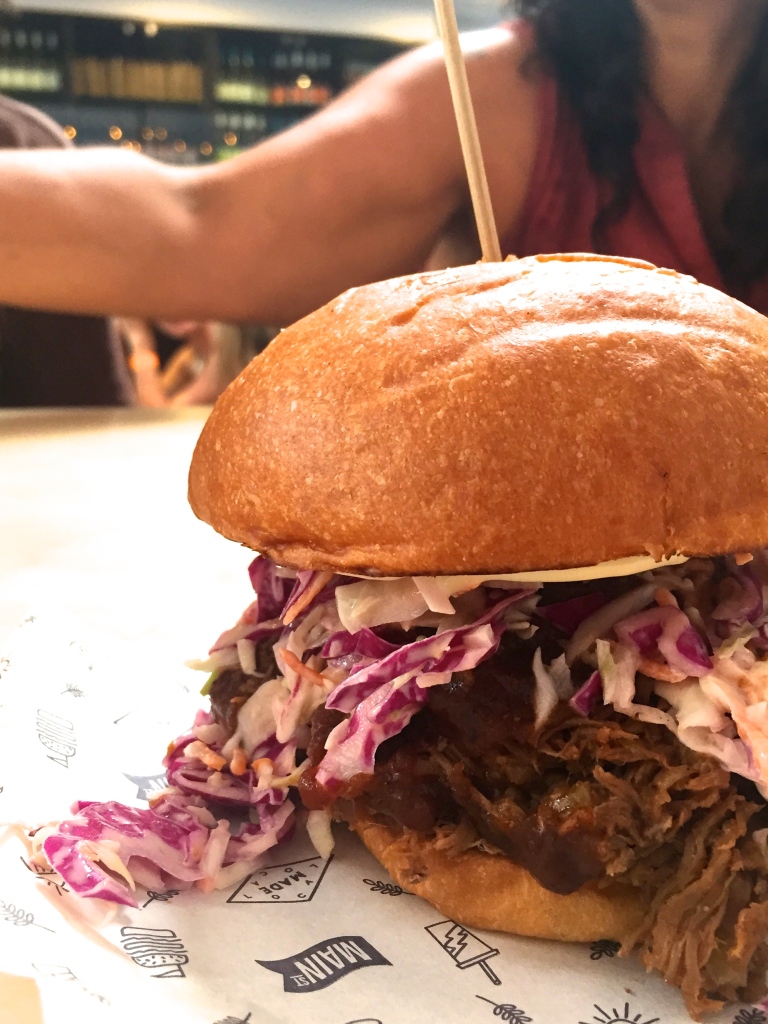 The café roulette wheel that is Byron Bay has been spun once again – this time revealing another new burger bar oozing with all of the qualities that new age burger bars possess; an American milkbar-esque fit out, quality local produce, home made fricking soda and lastly a certain amount of hipsterism because as we all know, if there’s two things those mother fuckers can do it’s make a decent drink (weather it be coffee, soda or a cocktail, these guys can do it… DNA programming right there) and a damn fine burger.

The place looks nice. It’s fresh and sparkly and new, and it smells pretty. It also has plenty of different seating scenarios to make everyone happy; foot path dining section for people watching, a back car park dining section for car park dodgy deal watching, and booths if you wanna get a little romantic and act like love struck teenagers section.

We sat our weary asses down in the car park dodgy deals section and waited oh-so-keenly for our burgers.

After an impressively short (or maybe “length of time impeded” to be more PC) wait the friendly happy people made their way to our table with our order.

The beef burger ($10) hit the table, or should I say it slinked its way onto the table. It kinda looked a little ashamed of the fact that it was mostly a big sweet bun (more on that in a second) ready-for-a-shave-lathered with mayo, encompassing a cute little grilled beef patty. That bun was the well and the poor little beef patty just kept getting forced to put the lotion on it’s skin or it got the hose again. Although it was plenty tasty in it’s own right, that cute little beef patty didn’t really stand a chance. It was like watching the hoochy mummas ass devouring her panties… The beef patty was both out gunned and out classed by the big, stronger flavoured bun, which I might add (yeah, here we go) was also damn sweet. Don’t get me wrong, I like a sweet bun just as much as the next guy (but do not necessarily like the sweet buns of the next guy), but I also like a little tang to counter that sweetness… and at the end of the day this burger just didn’t have a tang. No tang from the pickles. No tang from the mayo. No tang from the ketchup. No damn tang. I was not a huge fan of this burger.

The pork shoulder burger ($14) was in a pretty similar state of affairs. It was labeled as being crispy pork shoulder but was closer to being a little dry pork shoulder and there wasn’t a whole heap in there for your time. After we all had a try the rest was left on the plate… “Feed it to the pigs, Errol”.

The one burger that we had that was really worthwhile was the “Sloppy Joe” ($18); beef patty, brisket, barbecue glaze and house ‘slaw. This thing was moist and delicious. The tang of the BBQ glaze and ‘slaw was easily enough to foil the sweetness of the bun, and the double meat easily spanned it’s circumference plus more. The brisket was moist and delicious. This thing should’ve been called the “Happy Joe” because it certainly made me a happy, happy Joe… or Graz… Nope, this burger needs to be called the “Happy Graz”!

While we were eating the drinks mixologists went off to their little drinks mixology lab where they did some science and mixed that with a little voodoo magic and flicked out some cracking soda ($6). Like, really really good soda. That burger and the home made soda… that shit was the goods… on point…FTW.

They also served up some damn tasty chips. Chips can often be over looked in such a busy operation but these guys had it sorted. Crisp and tasty and each completed with a nice little dipping sauce; chips with rosemary salt and aioli ($6) and sweet potato chips with chipotle mayo ($6) were once again both on point and FTW.

The competition in Old Byron Town is stiff, like a virile young Dirk Diggler stiff, and although this place gets a little leeway for being the new kid on the block, I feel that if they don’t iron out a few teething problems pretty quickly they may indeed find themselves being flung out of the other end of that café roulette wheel and onto the metaphorical and/or actual pavement. But if they can get it together this place will be a gem of the local scene with out a doubt… 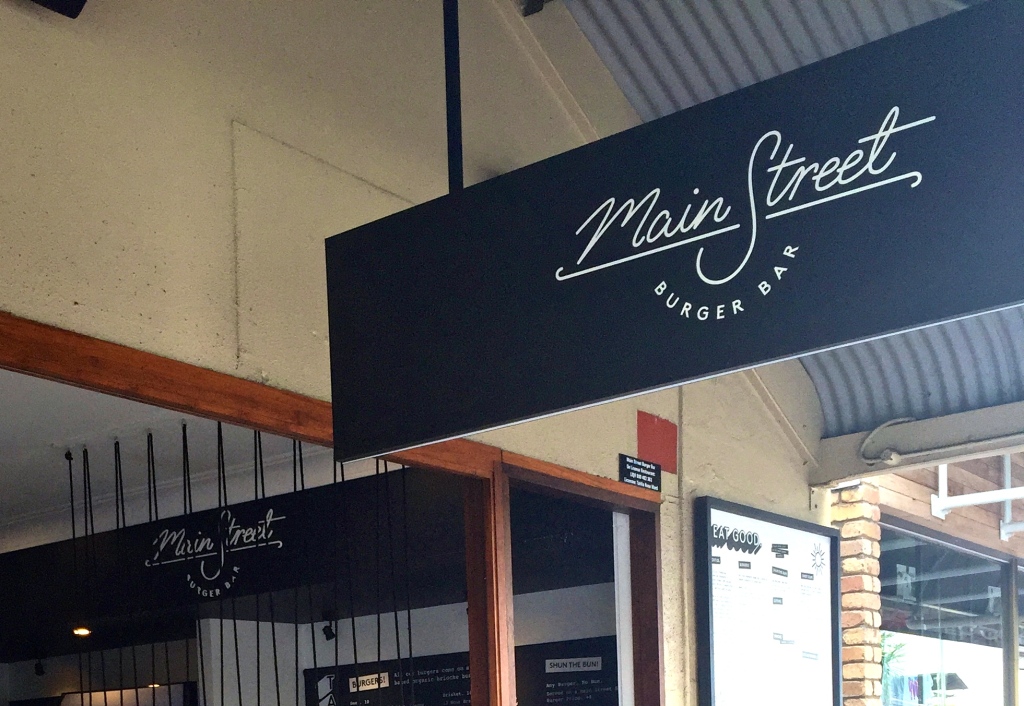