Spring has sprung. Winter is officially over. September has made it’s way past the 31 day cycle that was August, and reared its beautiful head, adorned in the royal head dress that is the glory of this backwards assed Southern Hemisphere Spring.

Everything a man could ask for plus more 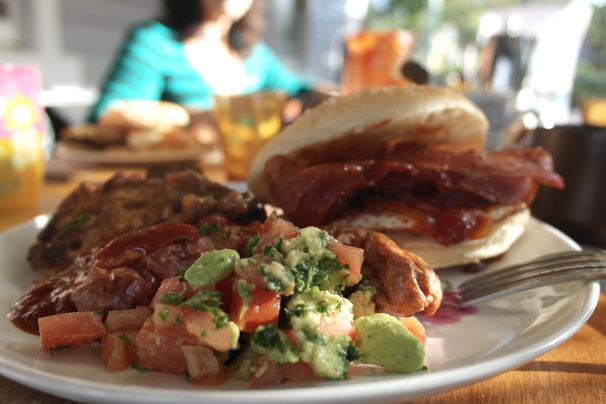 My plate was full… and consequently so was my belly

If September was a lady she would be a damn lucky one indeed. This month is the time most will say good bye to the smelly little over weight kid that isn’t very good at sports and doesn’t get invited to parties (don’t write in. That kid was probably me) that was winter, and spread their arms (and possibly their legs) to embrace and welcome that most popular, funny and down right sexy young lady that is spring.

We built a fire pit. I am more than amped to fire that sucker up

September and December both really lucked in with the whole timing thing. These months get a lot of love for the seasons they bring. Even March/April get a heap of respect for giving us Easter eggs and things of the like. June though, what does June get? No happy holidays, carnie filled fan fare or love from the rich folks. Nudda. 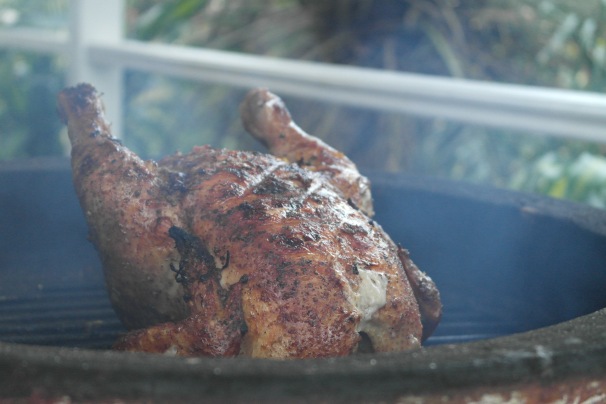 Jennee cooked a chook stuffed with chorizo and preserved lemon

This whole spring thing is special in more ways than one for me. It doesn’t lick the windows (or other un-PC things most wouldn’t talk about. This aint 80’s comedy, folks) or even offer me a sneaky under the desk reach around a la Bill Clintons glory days. No, September holds a-whole-nother realm of love and goodness in it’s could-easily-be-a-hand-model type hands, for September is also the month of my birth and fuck me if god didn’t decide it was going to be the month that entertains a special day for every father out there, the very aptly named Father’s Day. Just for me… and maybe you. 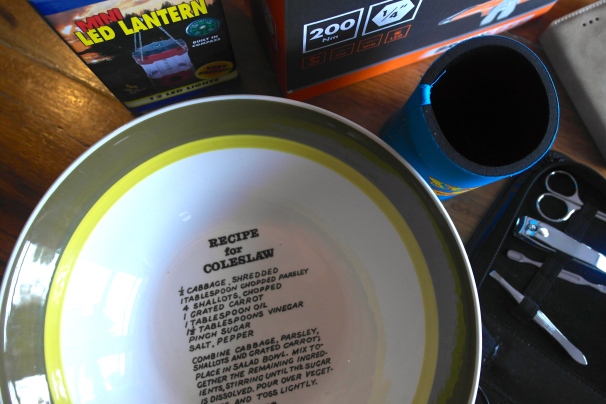 In lieu of an actual shower, I was showered with gifts; new power tools, a stubby cooler stating I was a super dad, lattern, a grooming kit (for what I will use that for I know not), a bottle of Chivas Regal and a cracking old school bowl with a recipe for coleslaw on it (possibly for my later years when I lose my shit and can’t remember how to make this, my favourite of salads)

This was my first ever Father’s Day at home, not cooking for all the other lucky dads out there, and I darn well enjoyed it. It was the absolute tops being greeted with hugs and love by my children at a time when most respectable people would still be asleep. But not me, I was up and ready for those little padiwans. I was like the kid waiting for his first Christmas, or the FIFO (fly in, fly out) worker in line at the brothel… I was keen! I got to open presents and enjoy a cup of tea in bed followed by a slap up breakfast buffet that would have even the staunchest of non-breakfast eating protagonists crumbling at their knees. Fathers Day is truly awesome. I recommend it for everyone out there… unless you’re a girl; that aint going to work to very well for you at all. 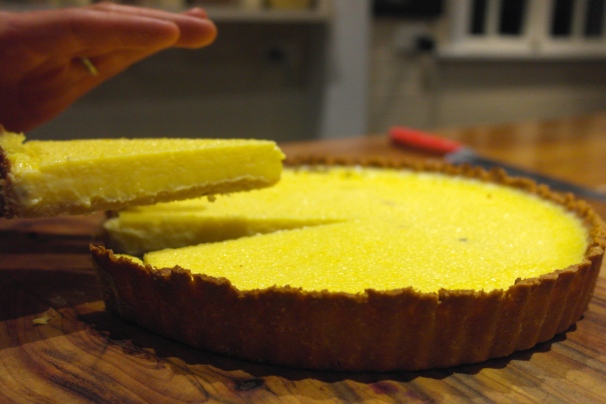 To top it all off, a baked lemon tart

Now it is much later. I am three sheets to the wind up the mizenmast of the good ship Chivas Regal and well on my way to becoming the poster boy for an ad campaign for against the perils of day time drinking, Jennee has a good looking chook stuffed with chorizo and preserved lemon on the chiminea, the boys have made sure and a half that I know how much they love me… this Fathers Day lark is a good one. A damn fine day indeed!

This family of mine is the best.