A little pig on the parilla. Didn’t need anything more than a bit of salt and pepper, some charcoal and then chimichurri once it was done.
It will be pretty nice when we’re done with all of this lockdown shit and we can do what they suggest at @eatpulpburger, and go and eat Pulp Burger.
Follow foodisthebestshitever on WordPress.com

And then I wake from my pseudo gay dream and realise I’m actually embarking on another brain to finger electromagnetic intercourse from me to you and it appears to be correspondence number 300. Once again via the keys with the letters written on them on my keyboard, a couple of clicks on the mouse that lives next door, and a short trip through the inter web super highway… and here I am. On your computer or phone or i-pad screen. But that is definitely not I in the bushes outside your bathroom window…

Since we have confirmed this is a celebratory 300 type thing, quickly go into your backyard and set off some of those illegal fireworks you got form Canberra this year. What? You were saving them for you next new years party? Are you effing kidding me? A new year comes around every year, this is a once in a life time 300th blog post. Go now… light the bloody fire works.

For blog post number 300 I shall be honouring the common man (and woman). The man (and woman… I’m not going to keep doing this but you get the picture, right) with a simple palate and a true love for food; whether it be basic or complex, cost 5 bucks or 100 of the Queens real dollars, prime wagyu beef or Asian stir fried dog. We are honouring the man who loves to eat food. He eats a meal and you know he loves it without him needing to say a word. He choses his adjectives wisely, using terms like “bloody marvellous”, “aww mate, that’s fantastic” and “restaurant quality”. His vocabulary has been cast by the harsh Australian climate and his demeanour mellowed by the bush sun… and by Christ he has seen it all. From droughts to floods to open fields to walls of cities being built up around him… Eff me. I think I may have got this post confused with my Banjo Paterson Creative Writing Class paper that is due this week.

Inadvertently, this has become an ode to my father-in-law Dr Chris (not an actual doctor, but I’m sure he will take a look for you) and all of those out there that are like him. A man who loves to eat, nay LIVES to eat, and occasionally has a go at cooking a cracking meal himself (lambs fry and bacon or corned beef fritters are his specialty). The king of dad jokes and a man who is quite happy to bring the house down as he cracks up laughing at them. He has been suggesting for a while now that some of his food should be up on your computer screen right now (which is quite possibly better then his food being high lighted on your TV screen this evening in a Today Tonight expose) and today I’m going to have to agree, so this is his moment. 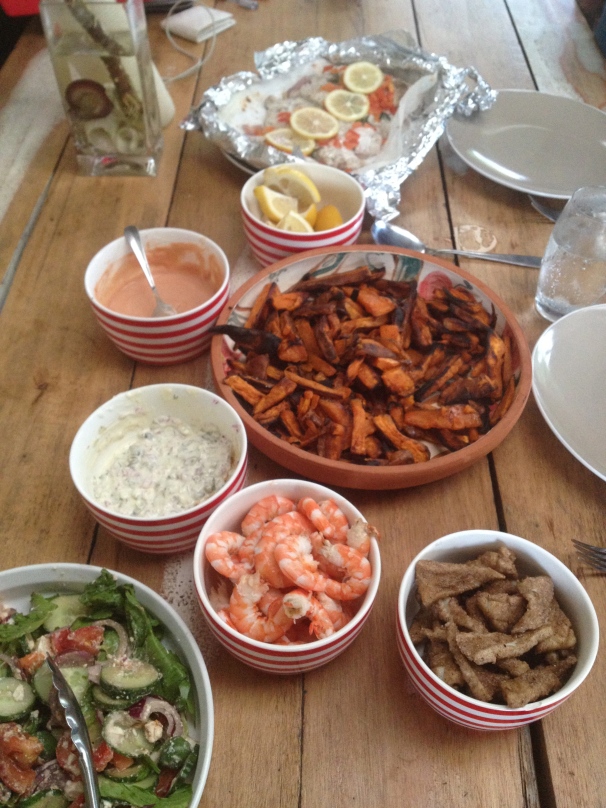 local snapper baked with lemon and tomato, salt and pepper squid, local king prawns, sweet potato chips for the next millenium, salad, tartare and marie rose sauce. This is not a joke! 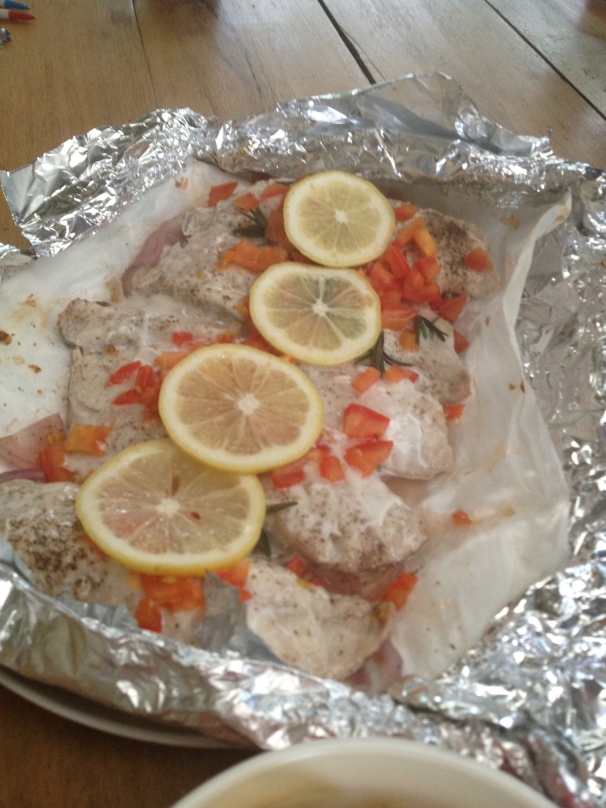 I did send some pics to the family, as we do around these parts, and all I got in reply is this simple message from Queenie, “Shit. The most I ever got was lambs fry and bacon!”

PS. I do realise that I snuck a dodgy little 300 post in earlier today but it was early and I wasn’t thinking clearly. This is the official foodisthebestshitever 300 post K? K.