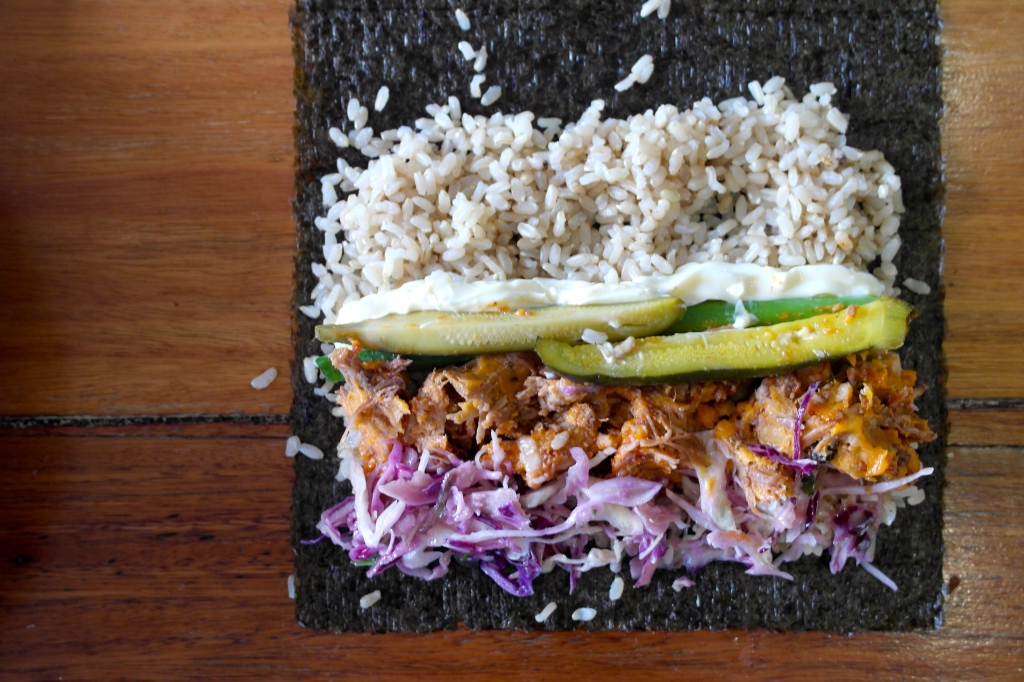 “ANOTHER SHARK ATTACK AT BYRON BAY” has been the headline news a little too often in the last few months.

Are there even more sharks or are we just looking a little harder for them now?

Who knows. Either way, the sharks have been hungry this year.

I think it’s possibly because we have been taking a lot of the food from their under water cafeteria. I could be wrong, I have certainly been wrong before, but it’s a theory I have. So, due to the seemingly insatiable appetite of sharks in the Byron Bay area I have opted out of using seafood for my “Friendly Fire Sushi Challenge” on this occasion and have instead headed to the hills and found myself some pork.

Pork is not generally the primary food source for sharks or for any other creature that has been remotely sensationalized and/or thrusted (yeah I just said thrusted) into peoples lives as being a ruthless killer so I feel that it is something that I may use today with out consequence nor burden to add to the weight of my already obese conscience.

I’m sure Dana got to use some kind of delicious seafood that she wasn’t stealing from the mouths of the wee sharky bairn and therefore forcing poppa shark to work a whole heap harder for his money and actually start walking onto the beach on his fins to steal a lone, unaware, overweight, sun glazed tourist and then drag said tourist back into the ocean to feed his family, thus resulting in the end of beach going as we know it today through fear of land walking sharks… The picture I created in my own head right there was probably far more amusing to me than it actually came across…

So to summarize I can and will tell you that statistically you have more chance of getting killed by falling out of bed or from eating a hotdog than you do from a shark attack, and there is a 100% chance that I shall be making a porky nori rolls for the sushi challenge today.

Epic food battles of history. Who wins? You decide…

Now you just sorta, um, well, maybe just look at the pictures and roll them up kinda like that. The thing is, when you are rolling nori rolls you just gotta think “teenage years” and remember your mad spliff rolling skills and get them back into play. Certainly not a very good lesson on sushi rolling technique but I think we can all agree it is some sound advice and gripping social commentary from you friends here at foodisthebestshitever.

Anyhow, the sushi; they were both damn tasty but the pulled pork number defo made my face smile the most! 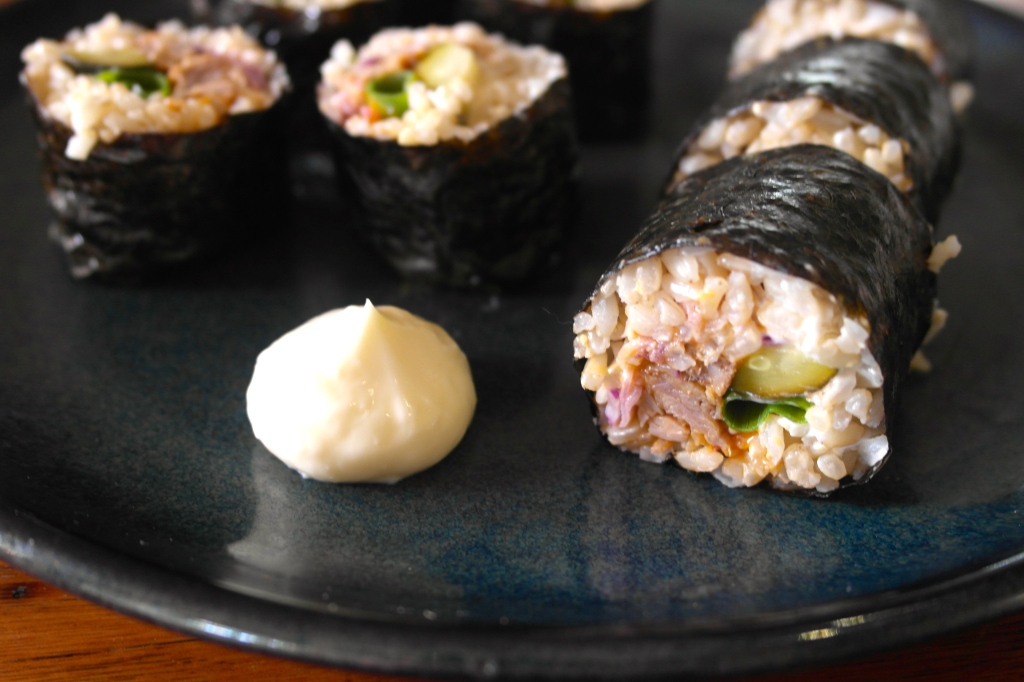